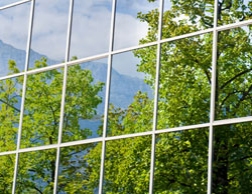 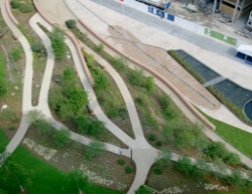 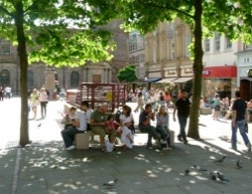 Green infrastructure has a significant role to play in helping to combat climate change, which is now considered to be one of the greatest threats to our social well being and economic future.

This website holds information, documents, and links to help make the most of the climate change services provided by green infrastructure. It was developed under the auspices of the North West Climate Change Action Plan, with Community Forests North West commissioned by the Northwest Regional Development Agency on behalf of the Northwest Climate Change Partnership. The work was supported through the Interreg IVC GRaBS (Green and Blue Space Adaptation for Urban Areas and Eco-Towns) project.

RESOURCES AND INFORMATION NOW AVAILABLE to help organisations, professionals and communities across Cheshire, Cumbria, Greater Manchester, Lancashire and Merseyside to plan, design and manage their green infrastructure in order to combat climate change include:

A flyer summarising the resources and information is available.

The original promotional flyer for the project is available.

This project is managed by Community Forest North West and is supported by NWDA.